Hino on Track with Irwin Racing and Supercars in 2019

Hino Australia has further ramped up its involvement in the Virgin Australia Supercars Championship extending its sponsorship of IRWIN Racing, which complements its partnership with the Championship. Talking after the team’s sixth placing in Race Six of the Championship at the recent Beaurepaires Melbourne 400 round, Dimitri Andreatidis. Hino Australia’s Head of Customer and Brand, said:

“We are delighted to extend our association with team owner Charlie Schwerkolt and Team 18 under the IRWIN Racing banner, following the success of our partnership last year.”

New driver Mark ‘’Frosty’’ Winterbottom, the 2015 Supercars Champion, is already delivering results behind the wheel of the team’s new Triple Eight-prepared Commodore, and the squad is further boosted by the appointments of renowned race engineer Phil Keed as Technical Director and multiple Bathurst winner Steven Richards as its endurance driver.

“The partnership between ourselves and IRWIN Racing has natural synergies given our customer base and the team’s other sponsors,” continued Mr Andreatidis.

“We see this association with IRWIN Racing as a natural extension of our involvement with the Supercars Championship – it provides excellent networking opportunities for our customers and dealers, who we know are fans of the sport,” he continued.

IRWIN Racing team owner Charlie Schwerkolt is excited about the continued partnership and the 2019 season, which has seen the Irwin Racing Commodore finish in the top ten three times in the first six races:

“With so many fantastic changes within the team, 2019 promises to be a year that delivers results on and off the track for our fantastic group of sponsors – we are delighted that Hino will be a part of our team again,” he said.

The next round for the new-look Irwin Racing ZB Commodore will be the Tyrepower Tasmania SuperSprint on 5-7 April 2019. 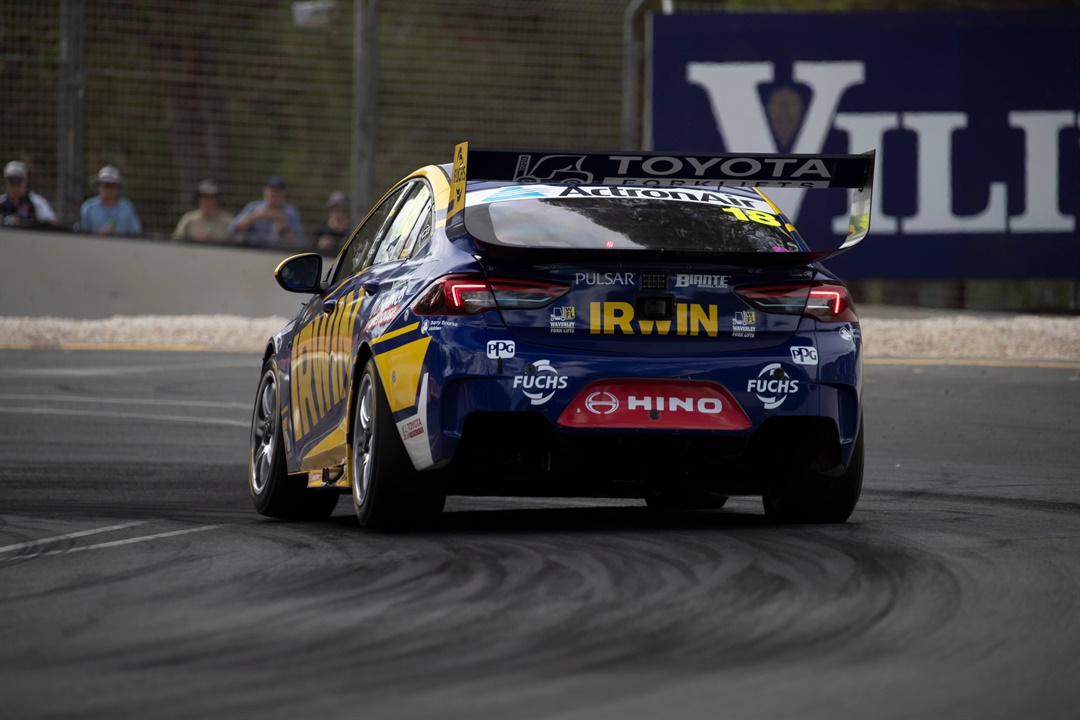 Hino Australia has further ramped up its involvement in the Virgin Australia Supercars Championship extending its sponsorship of IRWIN Racing.
Back to News